Celebrities aren’t immune to life’s curveballs either – they file for bankruptcy too!  Take 50 Cent, for example, who made the news earlier this year concerning the Chapter 11 bankruptcy protection he filed for in 2015. His case was made complicated by an Instagram photo he posted on his account, which depicted stacks of money spelling out the word ‘broke’. Needless to say, this invited questions from the Trustee assigned to his case, and reinforces what we always share with clients – before making any decisions involving large sums of money, it is best to consult with an attorney before taking action. 50 Cent is just one of many celebrities to file for bankruptcy in their lifetime. 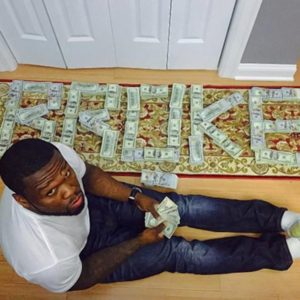 While the lifestyles of the rich and famous seem far removed from our everyday “normal” lives, they serve as good examples of the place bankruptcy holds in your life – once it’s done, you can leave it behind you and move on to better things. Below are some of the examples of celebrities and well-known individuals who experienced severe financial setbacks in their lifetime before bouncing back in remarkable ways:

Francis Ford Coppola
The famous film director was forced to file bankruptcy for a third time in 1992 after the financial fall-out from his 1982 movie, ‘One From the Heart’ became too much. However, the director bounced back and has not only gone on to direct a myriad of movies, but has expanded into wineries and real estate. The sky’s the limit!

MC Hammer
Back in 1996 rapper MC Hammer filed for bankruptcy protection, after the costs of staffing his California mansion with 200 people, combined with his luxurious lifestyle finally took its toll. The musician has since stated that he was caught up in an effort to employ the members of his community – since then he has been involved in other business ventures, including social media and public speaking. An extreme example of overspending, but proof of how easy it is for any of us to live above our means, even with the best intentions.

Marvin Gaye
In 1976 the singer was forced to file bankruptcy following a divorce from his ex-wife and he could no longer afford the alimony payments. Divorce is one of the biggest contributors to people filing bankruptcy, including our clients. The loss of income  can be crippling no matter what your annual earnings look like.

Meatloaf
The 1980s saw Meatloaf filing for bankruptcy following the dissolution of his relationship with song writer, Jim Steinman, which brought several lawsuits in its wake, coinciding with the unsuccessful release of his latest album at the time, ‘Dead Ringer’. Fortunately for Meatloaf, he was able to keep performing and pay the bills; he reunited with Steinman in time to release ‘Bat Out of Hell II’ in the ‘90s, and since then has managed to restore his career and fortune.

Walt Disney
For Walt Disney, filing bankruptcy turned out to be just a stepping stone to his enduring legacy. Before The Walt Disney Company, Disney owned an animation company which was successful enough for him to eventually find a financial backer to invest in the business. However, the backer went belly-up, forcing Disney’s company to file for bankruptcy. The mogul used this setback to propel himself to Hollywood, where, free from creditors, he became the cultural icon we all know today.

During the overwhelming period of filing for bankruptcy, celebrities are good examples to cite because they prove that regardless of a person’s income or net worth, no one is immune to life’s unexpected twists and turns. Our clients often come into our office beating themselves up about their situation and blaming themselves. Yet, the truth is that bankruptcy is a legal solution to a problem that affects individuals from all walks of life, for a variety of reasons. And, as these celebrities prove, it is not the only thing that defines you, and ultimately can push you onto better things. Call our office today at 602-265-3000 to find out whether we can help you with your debt and put you on the road to financial recovery.

For Your FREE Case Evaluation